Day 11 began our first morning back in Canada, and we had a few things to accomplish.  First, Jenn had discovered that our friends, Kristine, Craig & their kids just happened to be in Chilliwack on vacation at the same time as us, and we made arrangements to see them for coffee – and they even offered us use of their hotel shower!  The other mission of the morning was a visit to Service Canada.  I applied for EI (as I’m now unemployed, you know) but found out that my social insurance data had an incorrect birth date.  So for 30 odd years, the government hasn’t actually known how old I am.

JB:  wait wait wait, you mean you’ve held down jobs, paid your taxes, and served in the military, but the government doesn’t need to fix your birthdate until you try and get service from them?  WTF?

JB:  Riiiiight, because the government really does want to give you benefits after you’ve paid into them for so long.

I dropped Jenn off with our friends and then Stevie, the dogs and I made our way into bustling downtown Chilliwack.  When I say bustling, I actually mean entirely dead.  There was literally no one around at 9 AM on a Friday.  Good thing, I was actually able to park Stevie on the street within site of the Service Canada office!  After an initial grilling with the office staff (what do you mean you are on vacation, you should be looking for work…) I explained my severance and we all agreed that I would not be entitled to any cash.  They asked why I was bothering, and I explained I wanted access to the EI training programs, like starting your own business.  At that point the demeaner softened and we had a great chat about camping across western Canada. 😊  (JB:  see, it’s all good once they know you can’t get any money out of them!)

I finished in 20 minutes or so, then went and joined Jenn and the Letourneau family, who as mentioned let us use their hotel room shower.  I can’t tell you what a treat it was after 10 days to shower without flip flops on!  Once completed, we all had a tour of Stevie and the kids gave Saela and Pepper lots of well-received cuddles. 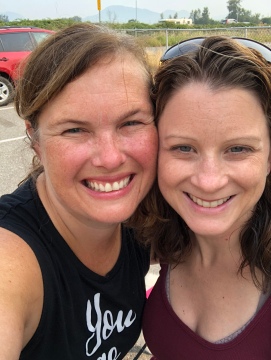 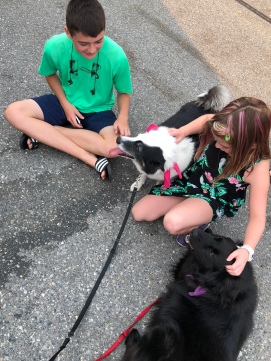 It was then time to hit the road.  Our first stop was Hope BC to fill up on supplies, fuel, and alcohol. (OB: damn, I think you guys are getting a bit boozy on this trip.  People are going to think you have a problem… )  After a quick stop, we turned on Stevie and had no stereo or GPS system.  Turns out one of Jenn’s hair clips had fallen into the cigarette lighter and shorted the system. (JB:  Sabotage!  She did that on purpose!!!  She hates your Pearl Jam obsession.  OB:  I’m not saying that we did it on purpose, but I am saying that next time I bet you will stop at Joann’s for yarn))  Thank god it was Friday, and we were only a block from Napa Autoparts.  After a quick fuse change and a few swear words, the systems were online and we were back on the road! 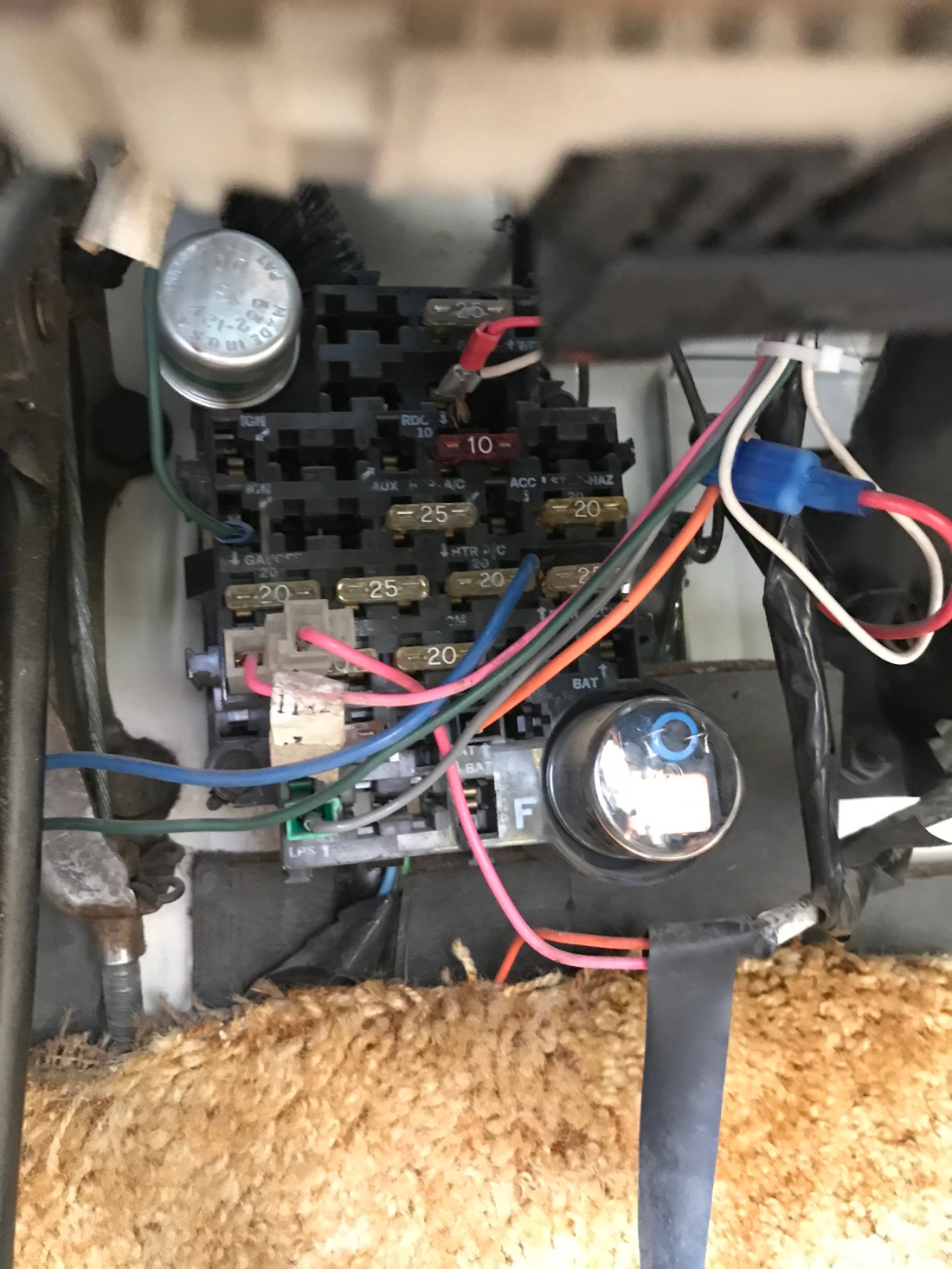 Over the course of the next 3 days, the smoke in various locations of BC was so thick we could barely see 500 feet.  It’s really terrible how bad the fires are in BC this year and our hats go off to all the firefighters and volunteers keeping folks safe.  In any event, we put on 1000 KM travelling between Hope and Smithers BC, where we are now.  In that time, we’ve had some excellent stops including a night at Big Country Campground and RV Park outside Lac Lahache (they had a wicked pool!) a sleep over at Jenn’s friend’s Dana’s house, and the Riverside RV park in Smithers.  The best stay was obviously at Dana’s where we spent our first night in an actual bed in 11 days.  Jenn and Dana have known each other since about the time Stevie was manufactured, circa 1977.  (OB: you better not be calling us old!)  Saela and Pepper also became good friends with Dana’s dogs Dixon and Lucy.  Or more accurately, Dixon became enamored with our two lady dogs, and Lucy became jealous of her man 😊 .  Dana made us a delicious home-made meal of BBQ steak, roasted potatoes and fresh veggies.  It was another flip flop free shower experience, and Dana has THE BEST towels.

JB: That’s weird for one guy to say about another guy.

Jer: yah, but did you feel those towels?

JB: they were THE BEST towels…. Dammit, now I’m being weird, too! 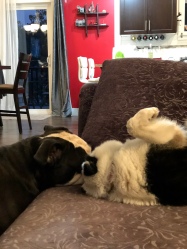 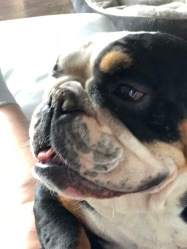 These have been good days with lots of smooth driving and great friends.  And we’ve had some truly excellent beer!  We’ve hit 3 micro brews on this stretch of the trip.  Today alone Jenn had 12 beers in a row!  To be fair, they are 4 ounce tasters, but that’s still a lot!

Jenn: hey!!  One of them was a Kombucha sample!!

Our first stop was Barkerville Brewing in Quesnel , where we sampled some lovely brews along with a pizza for me and a Rueben sandwich for Jenn.  We also picked up a new sticker for Stevie!  I will say that the best feature though was in the men’s washroom. I really appreciate that they let me recycle their beer directly back into the kegs 😊 .  We left Saela in the camper at this establishment and as you can see, she was giving us the stink eye the whole time.

The only beer we had in Prince George was at Dana’s house (thanks, Dana!) but we did stop on our way out for some take out lunch at a European deli.  The place looks a bit nondescript from the outside, but they made some damned tasty sandwiches and we would go back there in a heartbeat!

Our next 2 breweries were both in Smithers.  It turns out this town has 2 of everything.  There are 2 sausage houses, 2 sushi restaurants, and of course, 2 micro breweries.  Both were completely welcoming of Saela and Pepper, and we enjoyed multiple tiny tasty delights.  We also picked up some new hats and another sticker for Stevie.  My favourite beer of the day had to be at Bulkley Valley Brewery.  They had a delicious brew designed specifically for the seasonal workers up here.  When the tree planting season dries up, the workers need to apply for government assistance, so this brewer has crafted an EI-PA.   Well let me tell you as an unemployed man who was just in service Canada working on receiving EI, I thoroughly enjoyed their refreshing IPA brew 😊.  Jenn’s favourite sample of the day was at Smithers Brewery where she really enjoyed their Broken Ladder Cider, a very clear and very crisp apple cider. 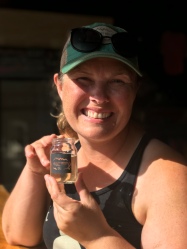 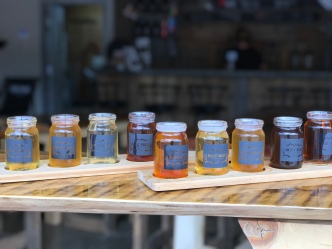 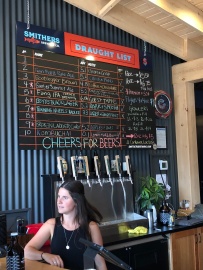 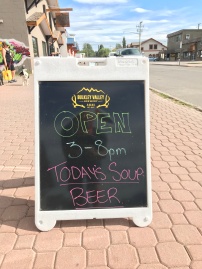 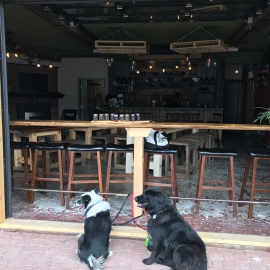 Our final sticker came from Jenn’s favourite stop of the trip.  After she couldn’t go to Joann’s in the states, she was able to hit a yarn store here.  And would you believe they also had a sticker for Stevie?  Amazing!  Even more amazing, she did NOT buy any yarn at this store.  She likes to seek out locally or regionally dyed yarns when we travel (JB: it’s super masculine of you to know this) but this store didn’t carry any.  (OB: not to worry, she didn’t leave empty-handed, she fed her button obsession instead).

After a good sleep tonight, we are off to Terrace BC, and then on to Prince Rupert!  For all of our friends and family in BC and Alberta, I hope you are able to get away from the smoke for a bit and find some fresh air. 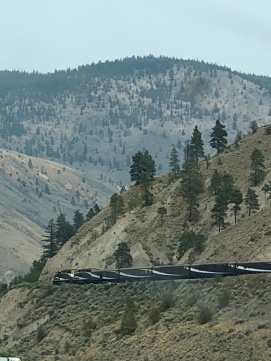 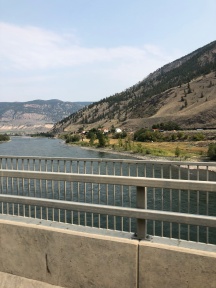 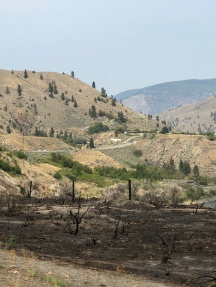 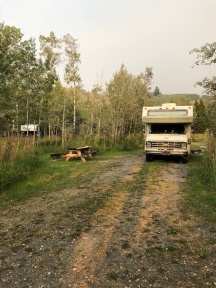 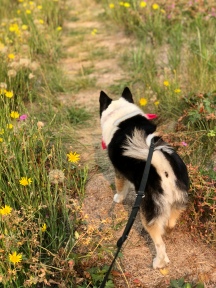 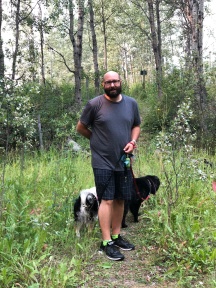 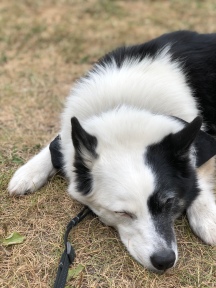 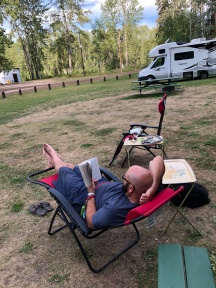 I am a masterful leader, visionary and coach with more than 20 years experience supporting individuals, teams, and organizations through exciting and complex transformations. I believe people and organizations have the ability to achieve any goal. I bring my creative, collaborative and insightful approach to inspire and drive success. My passion and motivation is to simplify complexity, create common vision and understanding, drive collaboration, and deliver real results. View all posts by Jer